TV adapted to its time

The film and television have undergone an extraordinary evolution in the technical means as in content. The need to keep up with the times and with a society living in ever-increasing pace has profoundly changed the way of realizing television and radio programs. The manner of conducting the programs has changed dramatically from the fifties to the present, from a television in black and white that “entered” into the homes with discretion and played just a few hours of the day of a program like the present with channels broadcasting 24 hours daily and characterized by fast tempos and rhythms. the user is also changed, now the viewer quickly select with the remote control a number of channels to decide what to watch and with TVs connected to the network selects the contents and realizes its own schedule. People with disabilities and the elderly, by contrast, strongly demanding the reduction of the complexity of television and the reduction of technological barriers. The project Stretch TV, launched by RAI – Centre for Research and Technological Innovation and RAI – Social Secretariat, aims to develop a technological solution that allows to significantly improve the usability of television content by persons with sensory disabilities and / or cognitive and the elderly. 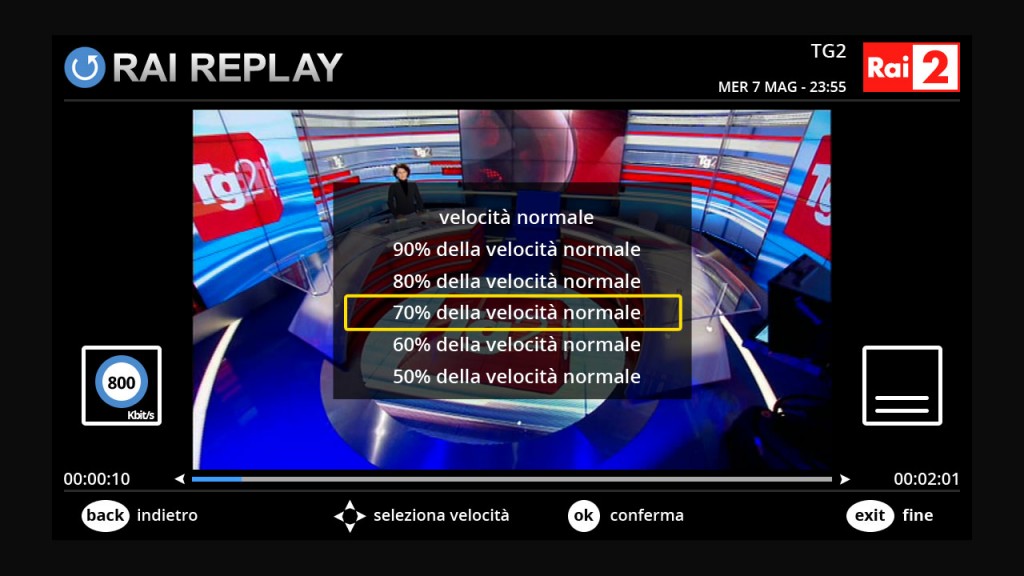 Stretch the TV project will improve the usability of radio and television programs, slowing them down so as to present them at the optimum speed for the elderly and for those suffering from sensory and cognitive disabilities.

The system slows down a content having as a reference the level of user-chosen cognitive wellness, continuously monitors the speed of the speech, compares it with the chosen level of wellness by “television viewer” (indicated value by acting on the user terminal interface) and suitable, accordingly, the content playback speed.

This feature “adaptive” allows, for example during the use of a talk show, to maintain a constant playback speed of the speech of all stakeholders, slowing only those whose imaging speed is higher than the user-defined threshold television ” and similarly, although the original slower talked about the same threshold.

The viewer can slow the vision of television and radio content via a specific control that activates the function on the terminal. For example, for the television, by means of a remote control button, or voice interface or gestural; Tablet and Smart-phone or PC using Touch controls or voice commands.

The slowdown is made so as to guarantee the intelligibility and quality of speech, maintaining synchronization with the video signal of the television program. The intelligibility of a program is extremely subjective, for this is offered to the viewer the choice between different percentages of slowdown.

This service can be delivered over different types of devices (Smart-TV, PC, tablet and smart-phone) both live content to on-demand content (for example, Rai Replay).

Reviewing a television program or see the slow motion has always been used to slow and make more understandable the fast actions more slowly can allow many people to enjoy them optimally, better understanding of the content and eliminating the frustration that stems from the fact not fully grasp what is being said. Inspired by Zhao and Griffith studies on the subject have been determined thresholds wpm (words per minute) associated with different levels of intelligibility. It began, however, as leaving the user the choice to set the speed of speech at will allow a better understanding of the content.

[4] S. Spina, the Italian television: an intermediate variety between written and spoken. The case of dislocations, in “Language and media”, E. Schafroth (ed.), Romanistischer Verlag, 2006, pp. 153-179

[5] A. Lari, Evolution of television filming and video recording at RAI from 1954 to the present day