After the television analogue switch-off, in many countries DVB-T and DVB-T2 terrestrial networks are being deployed or planned for the delivery of digital television services to domestic receivers. Most of the networks are designed to provide services to fixed terminals with rooftop antenna receiving systems, but there is also an increasing demand for TV viewing in mobility on portable devices, such as tablets or in-car receivers.

Mobile TV services, such as those based on the DVB-H standard launched some years ago, had limited success, or even failed, for many reasons, such as transmission efficiency and network costs, unclear business models and poor terminals performances.

Nowadays, major changes occurred in the terminal domain: with the success of tablets and smartphones people now have devices that are capable of displaying video on a form factor that is truly compelling while mobile or nomadic. In addition, users are becoming accustomed to VoD and live video content consumption on a great range of devices thanks to 3G/4G networks and WiFi connections widely available either at home or around.

However, multiple cell handovers and network capacity make live video streaming over a wireless network a poor user experience. Furthermore, big audiences are seriously challenging mobile operators networks which are trying to serve their users with unicast delivery. When 3G/4G network sites have capacity issues and cannot deliver a high quality of service, a possible option to overcome this problems is, apart from using more spectrum or increase the number of sites, to off-load traffic onto other technologies, for example Wi-Fi or Broadcast networks.

From the technical and economical point of view broadcast networks are certainly the best delivery mode to reach big audiences during peak hours or major events. For this reasons DVB introduced in 2011 a new profile of the standard called T2?Lite, aiming to better support portable and mobile reception.

Using the so-called FEF (Future Extension Frame) feature of the DVB-T2 standard, T2-Lite services can be added, at the expense of some capacity reduction, on-top of existing “T2-Base” HD services in already deployed networks, thus avoiding to build a new network dedicated exclusively to mobile services.

In this context RAI, after experimenting in the laboratory the first prototypes of DVB-T2 lite, launched in 2013 an experimental trial in Aosta Valley where HDTV services for fixed reception and T2-Lite mobile TV services coexist on the same frequency, to optimize UHF spectrum exploitation while guaranteeing adequate transmission robustness to services with very different requirements.

The trial allowed to validate the technical characteristics of the system, to evaluate the coverage in mobility, to check interoperability related to the implementation of a SFN network using equipment from different vendors and, last but not least, to test the behaviour of receivers in the field and mobile reception.

The mixed T2-Base/T2-Lite field trials in Aosta Valley, conducted by the RAI Research Centre with the support and collaboration of RaiWay, built an high impact demonstrator for mobile TV.

The field trials allowed to validate the robustness of the T2-Lite in a region characterized by a complex territory, where natural and man-made barriers often obstruct the view of the transmitters. The same considerations also apply to the tests carried out in densely populated urban areas like Aosta and Saint Vincent and in the several tunnels disseminated along the routes.

At present, the tests have been performed with a prototype receiver and using car rooftop antenna for reception, so when targeting devices such as tablets with integrated antenna higher field strengths or a few additional sites could be required for similar coverage.

Summarizing, the T2-Lite showed, both during tests in the laboratory and, above all, in the field, an enormous strength: the ability to receive the signal in the most severe conditions is really awesome.

During the trial, a huge amount of data on electromagnetic field values at car rooftop level versus mobile service availability was collected, representing an important database useful for future network planning of mobile services.

Finally, a collateral result which rewarded all the effort put in the initiative, is that the test-bed has been and is being used by different TV and chipset manufacturers to test their T2-Base and T2-Lite receivers. 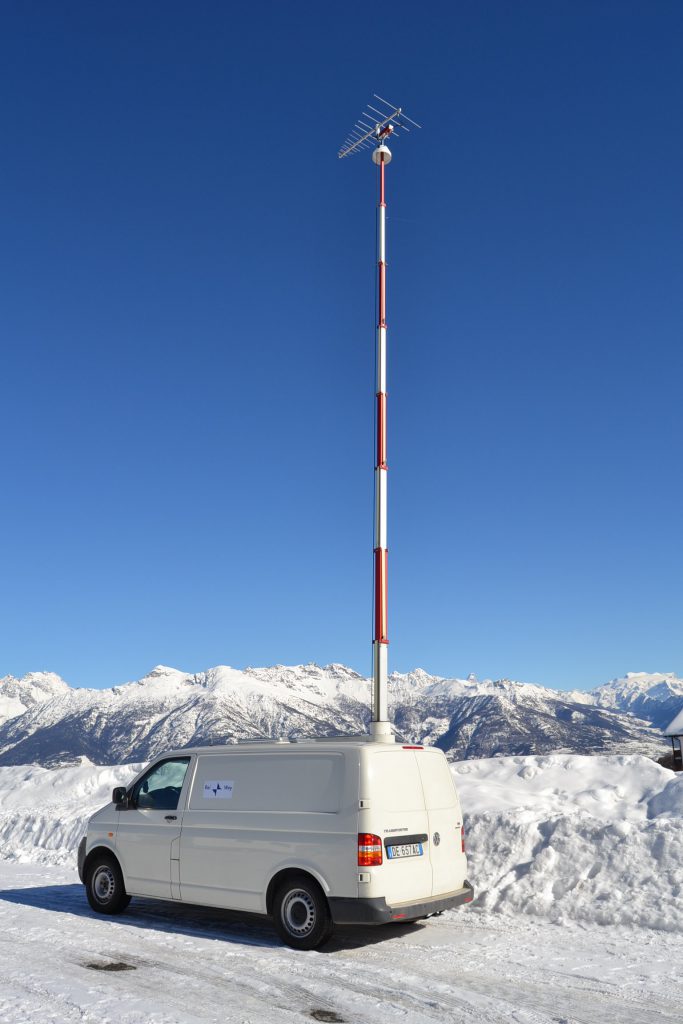 The sperimentation was presented in Amsterdam in September 2014 during the IBC (International Broadcasting Convention) won the “Best Paper” award.