Over the years, the Research Centre passed from the study of interaction between smartphone, tablet and TV to the experimentation of new experiential paradigms man-media.

The attention is actually focused on the implementation of new concepts based on Augmented Reality: the enrichment of our sernsory perception through various levels of information (sound and visual) superimposed on real ones.

The concept of augmented reality has recently evolved into Mixed Reality: the new wearable viewers offer at the same time greater user involvment and a more natural interaction. 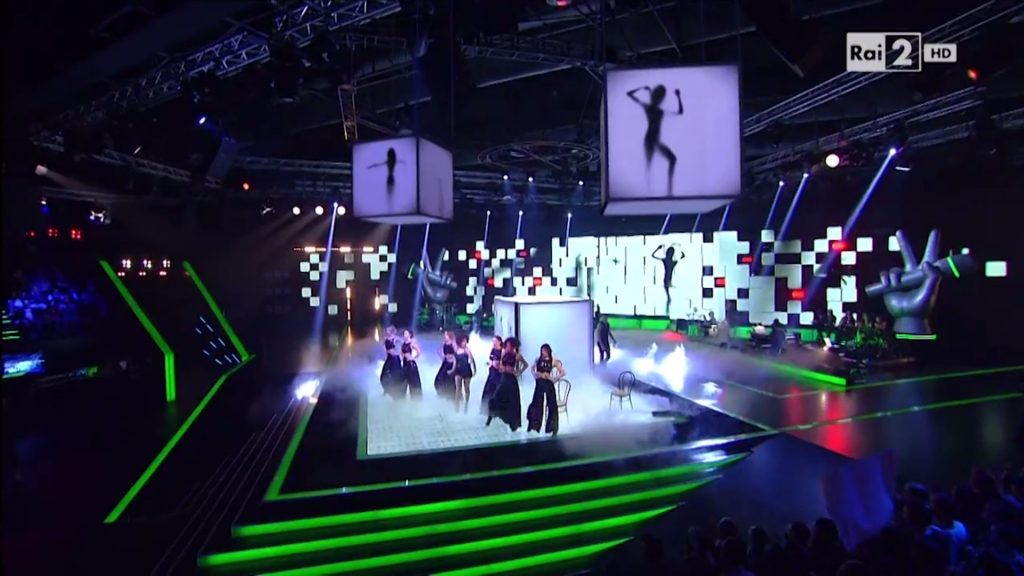 Since some years, even after the massive diffusion of smartphone and tablet, it is possible to access in a easier and more intuitive way to more and more informations with new and different approaches.

In this scenario, technologies were born as Augmented Reality, which allow the user to access in different ways (games, educational, promotional,…) to contents inherent to their own spatial and temporal context.

In different occasions, this technology has been used in television productions (e.g. The Voice and Ballando con le stelle) to insert on the set theatrical virtual objects, which the user perceive as almost real on his television (thanks to the camera movements tracking and their position).

In this case, the additional content is usable with own television, but the TV vision can ben more immersive at the moment in which, recognizing the show on air, the user has the possibility to access to additional informations on his tablet or smartphone.

Recently, thanks to modern visors like Microsoft’s Hololens, this experience became more addictive, evolving the concept of Mixed Reality. Besides dislpaying a virtual layer completely overlapped with the real on, the user has the possibility to interact with it.

After an analysis about existing applications, from 2017 the CRIT is carrying out some projects to exploit the potential of Hololens.

From the user’s site, to put beside them to the vision of TV programs, offering more involvement increasing the vision experience (Minority Report style) with different informative contents layers and 3D models to put beside to the TV program with which it will be possible to interact.

From the production side, to offer to professional roles of the TV world an instrument to control devices used in TV studios.

Also from the point of view of the insiders, in 2016 a research project  has been completed concerning the pre-visualization of scenographic elements on the set on an Epson Moverio visor and control throught an application installed on a tablet. 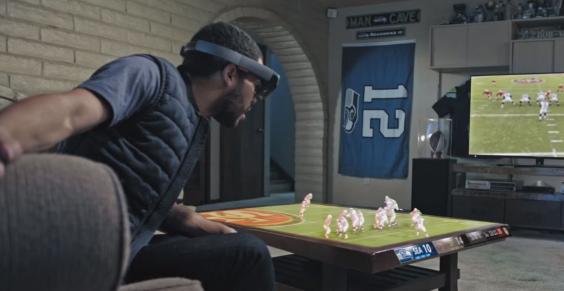