The red button on Rai channels

The criteria for assigning the position of the digital radio and TV channels defined by the AGCOM (Authority for Communications Guarantees), with LCN numbering intervals reserved for local broadcasters and groupings of free channels by genre of programming, have also imposed significant distances among those belonging to the same publisher. Market surveys have also confirmed the difficulty of some groups of users in tuning channels with two or three-digit numbers using the remote control. For Rai, which has put a considerable effort into expanding the offer over the years of the shutdown of the analogue network, this situation has represented an obstacle to the full exploitation of the radio and television product: the interactive application Telecomando wants to offer the user an alternative in use of the basic functions of DVB MHP (Multimedia Home Platform) televisions and decoders. 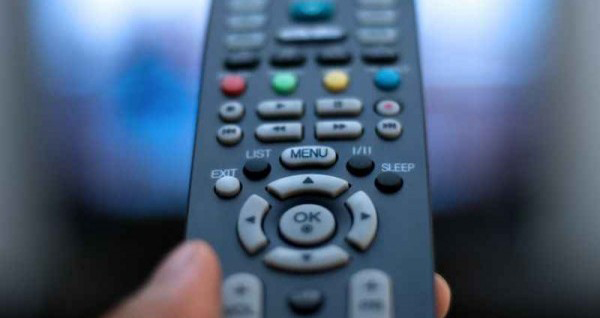 The Rai Remote Control was created with the aim of being usable on all interactive decoders and televisions. These products are recognizable by the DGTVi sticker: blue for standard definition and gold receivers for high definition receivers, also equipped with ethernet or wi-fi connectivity. The application, accessible from every Rai television and radio channel, has been designed to guarantee maximum functionality and ease of use, and is optimized to minimize the loading time, while using a transmission band of only 100 kbit / s . There is a short waiting time, due to the loading of the code executable by the diffusion channel and to the initialization of the application, only when the receiver is switched on or when a RAI channel is selected from a channel of other operators. After the appearance of a graphic symbol on the TV screen at the bottom left for a few seconds, the application is immediately available because it remains in “background”, even if not visible: afterwards the graphic symbol reappears only after selecting another Rai channel. When the red button on the remote control is pressed, the list of Rai television channels that can be received in that geographical area, represented by their respective logos and sorted by LCN number, is displayed, superimposed on the video stream. Scrolling through this list with the up and down arrows on the remote control, information on the “on air” and “next” programs of the selected channel are presented; by pressing the ok button you can tune that channel. By pressing the left or right arrow keys, a similar list is displayed for the radio channels and, if the receiver is equipped with gold sticker, also the list of interactive services, to access which is necessary to connect to the internet. The green button shows the extended description of the program on the air, while the yellow button switches between the audio tracks of the tuned channel: main audio, audio description and original language. On products with blue dot the application graphics have SD resolution 720×576, while on the latest products with gold stamp, where there are no technical limitations, it has HD resolution 1280×720. 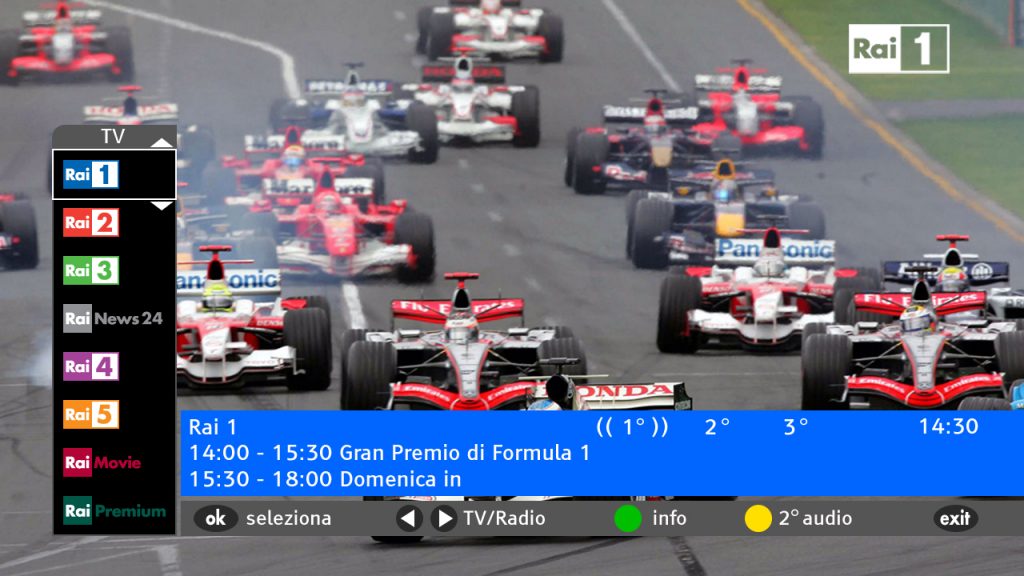 The blue key on Rai channels

RaiPlay, the new Rai multimedia portal released in 2016, is available as a browser and as an application for mobile devices and smart TVs. CRIT has overseen the software development of the TV version and interactive decoders to DVB MHP standard with gold stamp.