5G RECORDS (5G key technology enableRs for Emerging media COntent pRoDuction Services) is an EU project, part of the Horizon 2020 framework, which aims to investigate the exploitation of 5G technologies in the context of TV production.

Conceived from the synergy between media companies, network operators, equipment manufacturers and research bodies, the project focuses on the integration of already existing 5G components and the development of new ones, in order to evaluate their performance within three distinct scenarios that represent the state-of-the-art in content production. 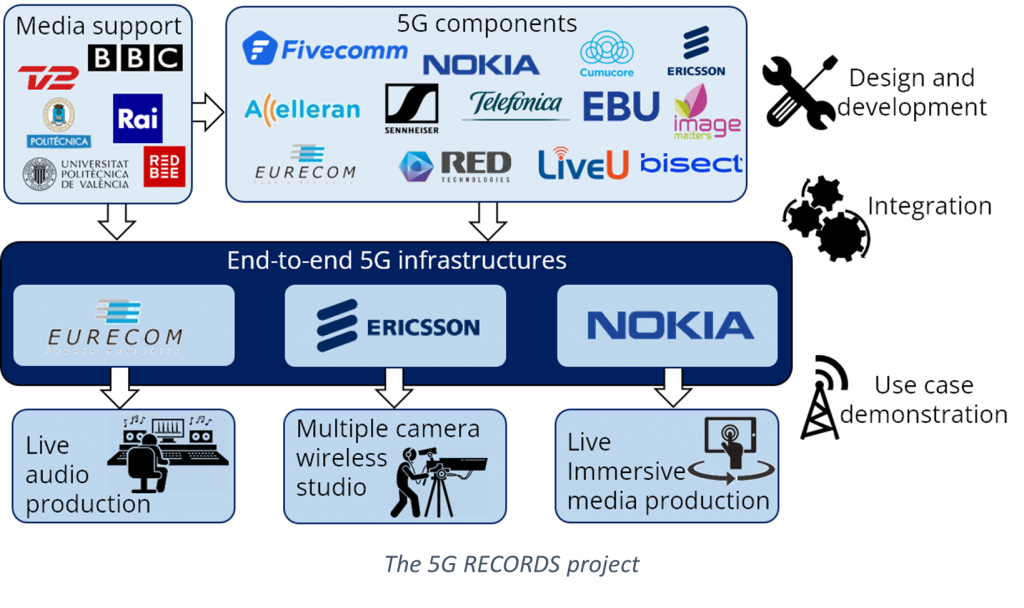 From a technological standpoint, as a matter of fact, 5G offers many advantages to this type of applications. High connection speed, low latency between the various nodes of the network and a high flexibility in the management and orchestration of the network itself are just examples of what can be achieved. The latter aspect, in particular, allows to dynamically reconfigure existing public commercial networks (5G PLMN) in order to guarantee certain performances, create new ad-hoc ones (5G SNPN) for particular environments/events, or create a middle ground between the two (5G PNI-NPN).

As with any new technology, these benefits come at the price of new challenges. More precisely, there are still few devices on the market that implement the latest generation of 5G features. This is also due to the fact that the various releases of the 3GPP specification are still under development. Furthermore, the requirements needed by the broadcasters such as Rai, BBC and TV2, which are part of the project, are quite demanding in terms of performances (high precision in synchronization, high bit-rate streams, low latency, proprietary control protocols, etc.), thus putting a hefty burden on the various components of the chain.

Those strict requirements enable new workflows for the near future, in which content creation and live connections will be increasingly dynamic, requiring only the strictly necessary resources (in terms of gear and manpower) on field. All of this while ensuring, at the same time, the scalability of the setup, the real-time remote control of the equipment and allowing the editorial work to be carried out simultaneously from multiple and geographically separate locations.

Within this project, the effort of Rai R&D department (CRITS)  has been focused on the “Multiple Camera Wireless Studio” scenario, where several cameras are used in wireless mode to achieve a “Full IP” production. Specifically, the work explored the following topics:

As far as remote camera control is concerned, there are currently a multitude of protocols available on the market. However, most of them are proprietary, and there is not any standard available. Within the project, Rai CRITS tried to overcome the interoperability issues between different devices by developing an experimental software system, based on the AMWA NMOS IS-07 standard, capable of driving video cameras using a subset of the most common commands. In this context, Cyanview’s equipment played the role of translator between the IS-07 protocol and the various proprietary protocols, thus easing the interfacing process.

The video quality tests performed in CRITS’ lab helped assess whether the video signals, coming from a 5G-NPN network located in Aachen, were suitable for a real TV production. A group of 7 video experts examined the same sequence recorded at different qualities, each related to a specific 5G network’s load condition. The comparison clearly showed that the received signal, when properly managed through the network using Quality of Service (QoS) policies for the video streams, was almost always of good quality and usable. On the other hand, the video streams received using a network without appropriate QoS configurations did not meet the requirements in terms of quality and, hence, were  not recommended for television productions.

Finally, Rai CRITS took part in the last project’s trial, held in Copenhagen, inside Tivoli Garden. In this occasion, thanks to the support of the Danish broadcaster TV2, a small production environment was simulated using wireless cameras connected to a private 5G network installed ad-hoc during the first stage of Tour de France 2022.

During the trial, Rai CRITS set up, in Turin’s lab, a small, experimental remote production set, working in parallel to the one set up, on site, in Copenhagen. The mixing console was fed with two video signals: a signal generated in Tivoli by TV2, sent to Turin via the public wired network, and a contribution signal generated by a LiveU’s backpack, connected to the commercial 5G network available at the event’s site. 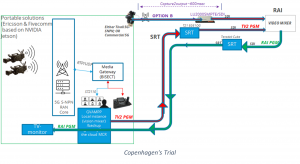 After reaching CRITS’ lab, those signals were mixed together with other clips available to the director, as to simulate a real remote production. The resulting program (PGM RAI) was recorded both locally in Turin and retransmitted in Copenhagen for latency measurements. In this regard, the trial showed that the latency issue is still the greatest obstacle for this type of live applications. However, it was concluded that the trial’s setup is still usable for minor, non-live, events that do not require strict timing requirements. 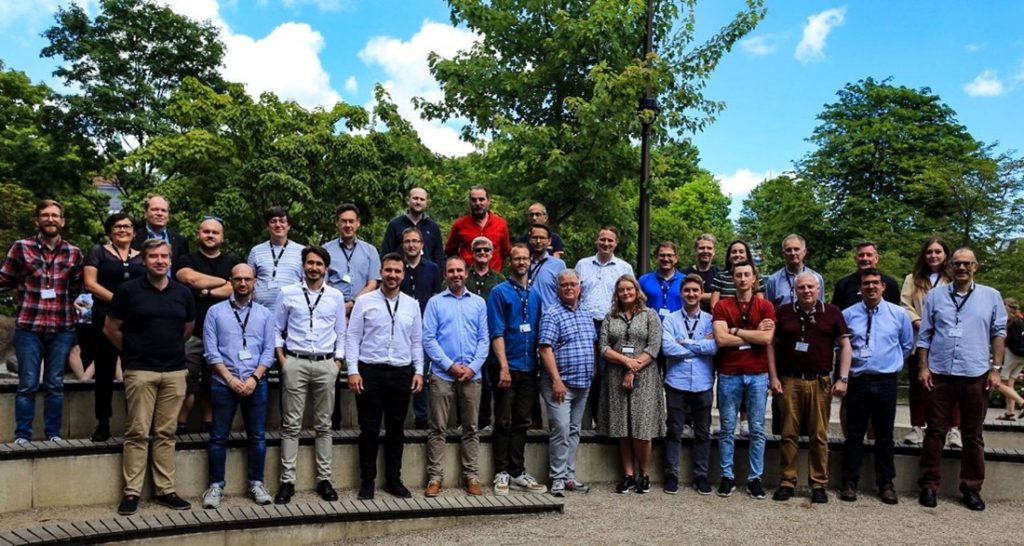