In 2012, with the activation of the DVB-T2 transmitter of Aosta-Gerdaz on the UHF channel 53 (40W power of the device, ERP 173W, coverage of the Aosta valley between Nus and Saint Pierre and some side valleys), it was started an intense campaign of measures aimed at checking the system in the service area through a series of surveys carried out using an equipped mobile vehicle. The site has been set up of the coding and multiplexing chain and the gateway which, via SDH digital radio links, supplies the data and / or memory flow (s), thanks to the use of GPS, the time and frequency information required for synchronization of the Aosta network.

Several configurations of the modulation scheme have been evaluated, finally focusing on the following: constellation 256QAM, FEC ¾, FFT 32k, Tg 1/128, Pilot Pattern PP7, Bandwidth extended, rotated constellation. This configuration, which was later also used during DVB-T2 lite tests for the DVB-T2 base part of the transmission, guarantees a useful bit rate of about 45 Mbit/s.

At the beginning of 2013 a second transmitter was activated at Saint Vincent-Salirod with a power of 100W, ERP 627W. These levels cover the area west of Saint Vincent to the gates of Aosta and the south to Arnad.

The zone of intersection of coverage of the two transmitters is located between west Aosta and Nus. To avoid interference beyond the guard interval (28 micro seconds for the mode used) a static delay of 45 micro seconds was introduced on the Aosta-Gerdaz transmitter. In this way, the whole area of ??intersection of the signals is protected from intersymbolic interference.

Measurements in the service area have been carried out in some fixed test points with the use of a means equipped with an extending pole up to 15m. To determine the field level at the receiving point, the stratification method was used at height, pointing the antenna (directive) on the individual transmitters; at the same time, the margin of reception at the threshold of visibility of errors relating to the measurement point was verified. The margin of reception shown on the map is net of the insertion losses of the reception system which are evaluated in 9 dB.

Preliminary results lead to say that in the service area the electromagnetic field levels guarantee a coverage as per project with wide reception margins. 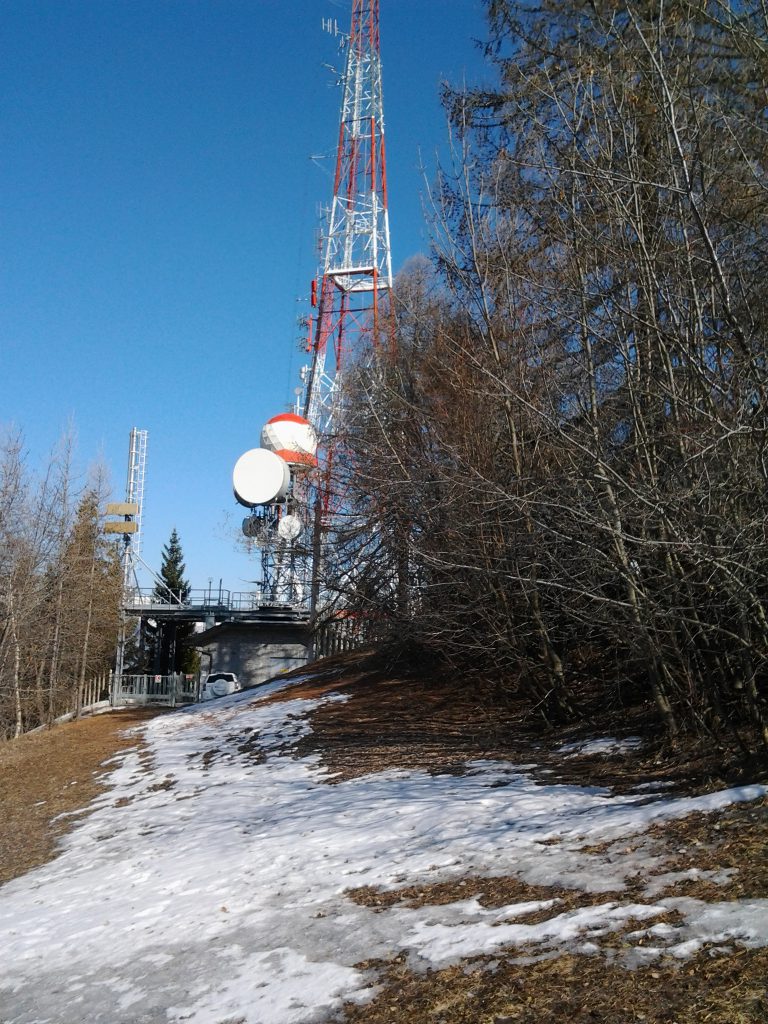 Today, the satellite distribution of DVB-T2 multiplexes to terrestrial transmitters located throughout the territory requires dedicated transponders for the transport of the relevant T2-MI (Modulator Interface) streams, which are not directly accessible also for direct-to-home reception by standard satellite receivers. This causes duplication of the needed satellite bandwidth, with the associated costs. To overcome this problem, DVB (Digital Video Broadcasting) has activated a new ad-hoc group, named TM-T-JSI, with the purpose of defining an optimized way to transport DVB-T/T2 multiplexes from a national head-end to the terrestrial transmitters, while allowing at the same time direct reception via DVB-S/S2 commercial satellite receivers.