In January 2014 the Steering Board of DVB approved DVB-S2X,  the extension of the DVB-S2 specification that will be published as ETSI EN 302 307 part 2, with DVB-S2 being part 1. S2X offers improved performance and features for the core applications of DVB-S2, including Direct to Home (DTH), contribution, VSAT and DSNG. The specification also provides an extended operational range to cover emerging segments such as mobile applications (airplanes, trains, ships, etc.). 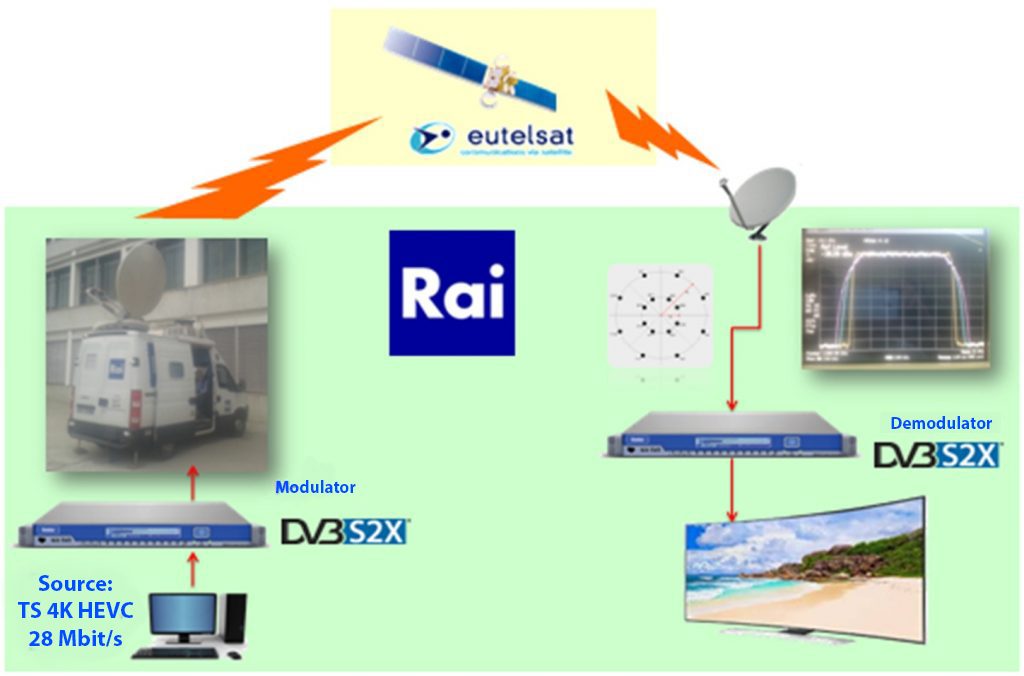 DVB-S2X is based on the well-established DVB-S2 specification and introduces the new elements both at the physical layer (a finer gradation and extension of number of modulation and coding modes, new constellation options for linear and non-linear channels smaller roll-off options, additional scrambling options for critical co-channel interference situations) and at the higher layers (Channel bonding, GSE and GSE-Lite protocols, Super-frame option).

DVB-S2 already offered excellent spectral efficiency for DTH applications and S2X therefore could not produce physical layer gains comparable to the transition from DVB-S to S2 (i.e. around 30%). Nevertheless, for DTH DVBS2X fine-tunes both the physical and the upper protocol layers of DVB-S2, producing a highly attractive package (for new generation services, which would require new receivers in any case). For Professional and DSNG applications high efficiency modulation schemes allow spectral efficiencies approaching 6 bps/Hz (with 256APSK). C/N values of up to 20 dB are now supported with an achievable gain improvement of up to 50%.

On October 21, 2014 a DVB-S2X signal containing a 4k UHDTV bouquet has been  transmitted for the first time from Rai-CRIT premises, on Eutelsat 5W satellite, using 16APSK26/45 and 5% roll-off, and 17Mbaud on 18 MHz bandwidth, offering about 41,8Mbit/s capacity.

The chosen configuration, 16APSK with error correction (FEC) code rate 26/45 allows for a spectral efficiency of 2.46 bit/s/Hz. The roll-off used was of 5%. With an available bandwith of 18MHz, we adopted a symbol rate of 17 Mb, thus achieving  41.8 Mbps capacity. The satellite transmission has been done on the satellite transponder Eutelsat 5W, KB11. This satellite has for Turin 6 dB G/T and 53 dBW EIRP. The reception was made in Turin with a 90 cm dish, getting receive margin measured about 6dB, in good agreement with the calculated link budget.

This activity was carried out as part of a collaboration between Rai-CRIT and  Eutelsat.

A new method to generate and transmit alarm signals to alert the population in the event of natural disasters, embedded in satellite TV transmissions has been devised by Rai-CRITS and proposed to DVB. The prototype developed in the project allowed us to test in the laboratory the effectiveness of the method and the backward compatibility with existing DVB-S/S2 receivers.