The huge transformation on how we enjoy television content is by now a fact, it is increasingly emerging that the second screens (PCs, tablets, smartphones) have become a structural extension of television media, so that content producers are called to address the challenge of providing real-world entertainment and information experiences that can be viewed through different device and media in synergy.

From these considerations there are new opportunities for the entire television production sector. Social media, in particular, can increase the knowledge of user’s perception of the program and at the same time maximize the audience using multiple screens. The picture that we are looking requires to offer no more simple television products such as linear audio / video but true experiential paths, a profound transformation of the television offer not only multi-device but trimmed to the needs of the user, able to capture user in the most diverse situations. This requires an in-depth knowledge of consumer behavior.

In this context it becomes essential to identify the synergies between the television world and the WEB, with particular attention to social networks and what level of integration and collaboration can be achieved between the two worlds. 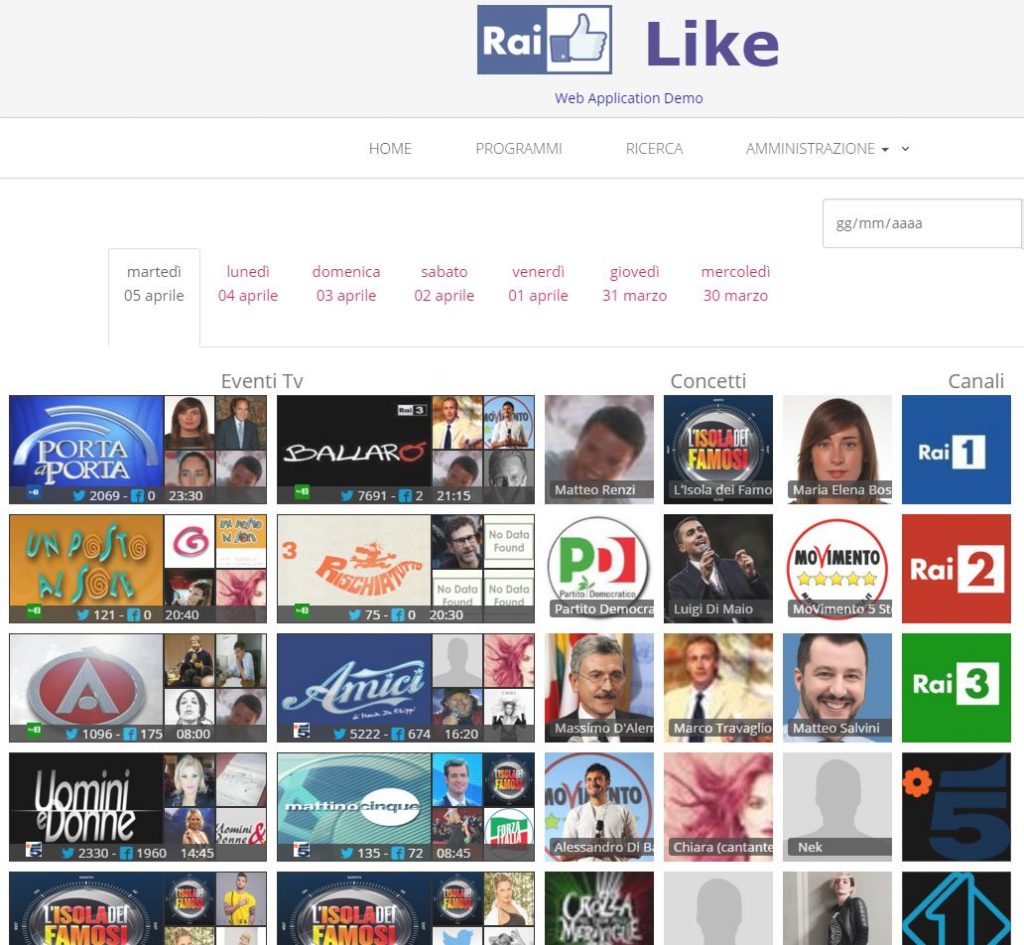 Rai Research and Big Data – A model for integration and synthesis

In the Rai Research Center and Technology Innovation Center, for some years now, the study of the “Big Data” analysis techniques has led to the realization of a complete demonstration prototype that can bring together various sources of information from the television world and the WEB world, this system is able to collect and put in relation the typical data of television broadcasts such as EPGs and archives and data from social networks (Twitter and Facebook).

The platform analyzes the various data sources using Natural Language Processing (NLP) techniques, extracts concepts that are associated with ontologies (for example, using Linked Open Data), all extracted information is stored and linked using an integration model for the synthesis of unstructured, highly dynamic data. On the multi-source unified representation model, queries can be launched and then is possible to pass information to different analysis tools and display modules for multiple purposes.

The Rai Like Platform was born to perform the analysis, visualization and interpretation of the data contained within the knowledge model. It is a web application that allows you to navigate in the space of concepts coming from social networks and associated to the television world thanks to the integration of the TV program guide.

Through the Rai Like platform you can identify and visualize phenomena that occur on social networks in relation to the television world such as emerging phenomena, their temporal evolution and the relationships between the entities involved. The conceptual navigation network allows you to walk through the concepts mentioned within television events in a particular timeline based on mentions during television events, and also to identify the context of similar conceptions and TV events.

Particularly interesting is the field of community analysis, a community is a group of people interested in a specific topic, or a common approach to relationship life, which correspond to each other through social networks, constituting a social network with features peculiar. The system allows the recognition, analysis and characterization of communities through different networks of interaction among users with the ability to locate influential users and the evolution over time of the communities themselves, a tool very useful for recommendation engines to customizing services to users.

In addition, experiments were conducted to analyze the “migration flow” of users between different television events over time, with the recognition and characterization of emerging topics, topic-topic dependency and user-topic, and evolution over time such reports. further experiments were carried out with the integration of audience data to try to predict topics of interest in social media by analyzing TV programs and estimate the success of a TV broadcast by analyzing data from social media.

The Rai Like platform can therefore be used as a valuable tool to support “Social Media Marketing” also in the television domain, that is, the marketing branch that deals with analyzing and generating visibility into social media and virtual communities. It includes a series of practices ranging from managing online reports to optimizing web pages made for social media. The term is commonly used to indicate the management of integrated communication on all the different platforms that the Web makes available.

Furthermore, the described platform can be used as a data source to tell television events from the point of view of users who have lived and commented on them, creating an unseen story that sees as protagonists the viewers themselves with their perception and emotions tried during the viewing of a television program. In fact Digital Storytelling consists in organizing selected content from the web in a coherent system based on a narrative structure, in order to obtain a tale composed of multiple elements of various formats (video, audio, images, texts, maps, etc.). It is therefore a form of narrative particularly suitable for communicative forms such as journalism, politics, marketing, autobiography, didactics and new frontiers in the television world to provide information and entertainment experiences that can be visualized through different devices of fruition in synergy with each other. 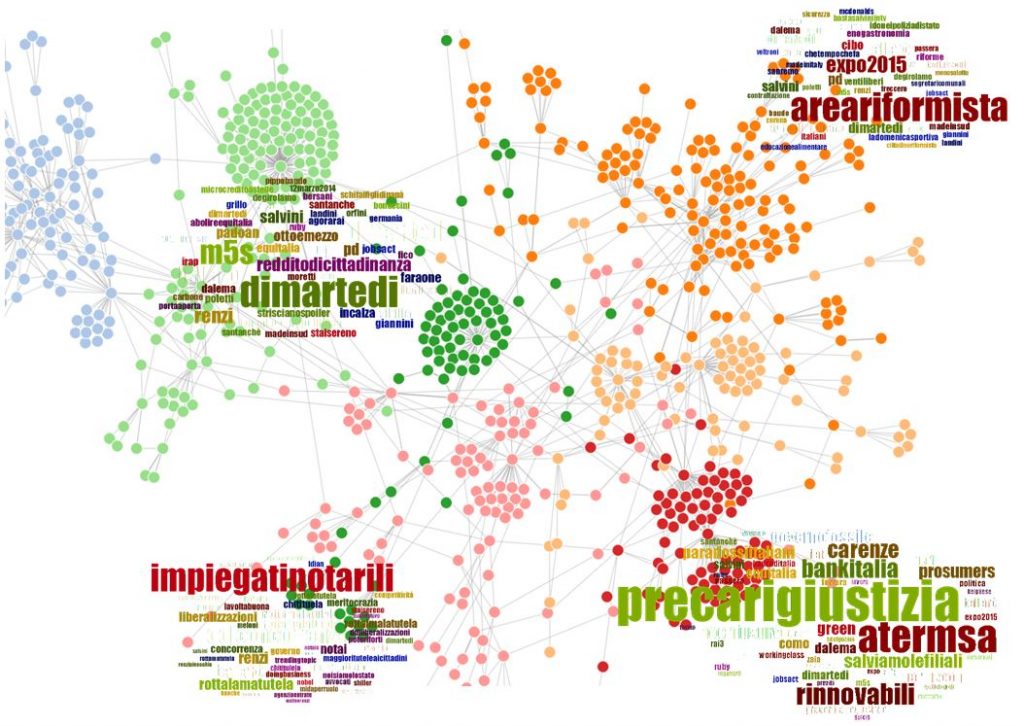 The article describes the results obtained in the framework of the collaboration between the RAI Research Centre and the Department of Computer Science of the University of Turin in the definition of a model of integration of heterogeneous data from different knowledge bases (television archives, EPG , audience, social networks, etc.) that contribute to the definition of “second life” of television content, since its production, the next broadcast and continuing with comments and content generated by users on the web.

The proposed model allows to represent through a single graph of understanding the different entities and relationships that emerge from the television domain analyzed.