Companion screen applications consist in utilizing handheld devices like tablets and smartphones as additional canvas on which to deliver enrichment content to the customer in a synchronised way. For example, while watching a newscast report about a certain current fact, additional information may appear on the companion screen delivering further insights about the context of the fact, e.g., persons and protagonists involved, locations and their views, in-depth analyses, interactive maps and graphs, additional pictures and videos. As another example, if the main programme is a naturalistic programme, the enrichment information appearing on the handheld device can be about each of the specific topics (e.g., animals, nature or art) presented during the programme timeline. As creation of enrichment information carries additional costs, it is of vital importance for a broadcaster that the production of such additional experiences is as inexpensive and efficient as possible. Furthermore, the creation process should be extensible to a wide variety of genres and completely under control from the editorial point of view. 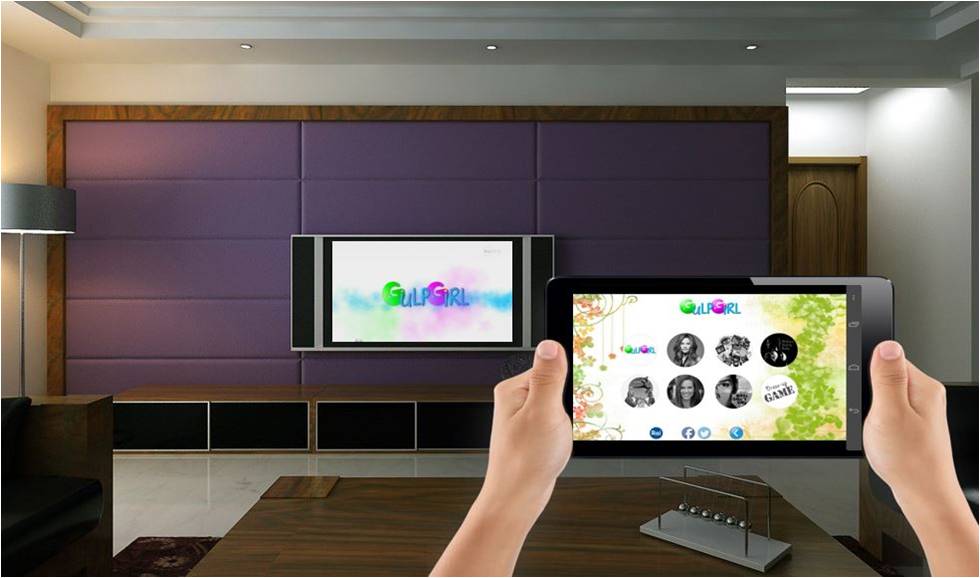 The activity, launched in 2013, aims to analyze, implement and refine for later stages an end-to-end system, integrated with the core content management tools used by the company, for the serial production of applications available on so-called companion screens.
The first part of the activity, completed in October 2016, coincided with CRIT’s participation in BRIDGET, an FP7 project co-funded by the European Commission, which aimed at opening new dimensions for multimedia content creation and consumption by enhancing broadcast programmes with bridgets: links from the programme you are watching to related interactive media elements such as web pages, images, audio clips, different types of video (2D, 3D), etc.
As part of the BRIDGET project, also technologies for indexing and searching content based on visual descriptors aimed at building innovative user-side services such as 3D reconstructions and visual enrichments to be used on a companion screen during the main vision have been developed.
The consortium included broadcasters, telephone operators, device makers, small medium-sized businesses and research centers with extensive experience in the field of multimedia content and technology in general.
Starting from November 2016, after the BRIDGET project was completed, the activity was geared towards the application of innovative ideas and developments born in the BRIDGET project to the RAI business reality, through a first phase of customization of tools useful for the creation of the end-to-end chain for the implementation and the enjoyment of bridgets, namely an Authoring Tool that even today allows authors, directors and editorial staffs of programmes to create bridgets and make them immediately available for fruition and an Android application that allows end-users to enjoy such an innovative programme enrichment service on their companion screens. Some peculiar features of the system are the easiness of use, essential to minimize the effort for the production and management of programmes enrichments, the synchronization of companion screen enrichments made by technologies implementing audio fingerprint algorithms, which minimizes the impact of these new services on the well-established broadcasting chain and last but not least, the fact that the system allows the serial production of applications that can be accessed on a companion screen, which actually minimizes production costs for this type of service.
Next phases of this activity include improving the system available today by further integrating the core content management tools in use by the company and optimizing existing features, still with a view of minimizing effort and cost but, on the contrary, allowing the creation of new added value services for the rising RAI media company.