The growing demand for transmission capacity by operators of mobile telephony has led in recent years Governments in evaluating new methods of management of the radio spectrum. In Italy the television operators, including Rai, use for their TV contribution feeds some frequency resources managed by the Ministry of Economic Development (MISE), on occasional basis and in limited areas. One example is the use of wireless cameras (PMSE, Programme Making and Special Events) in the 2.3-2.4 GHz band. To optimize resources, the European Union promotes, in certain frequency bands, the adoption of spectrum sharing, according to different approaches. In particular, in the 2.3 -2.4 GHz band, LSA (Licensed Shared Access) approach would allow additional users (e.g. LTE operators) to use the band provided that they ensure incumbent operators (TV operators), according to appropriate procedures, not to suffer from interference that could jeopardize their normal activity. 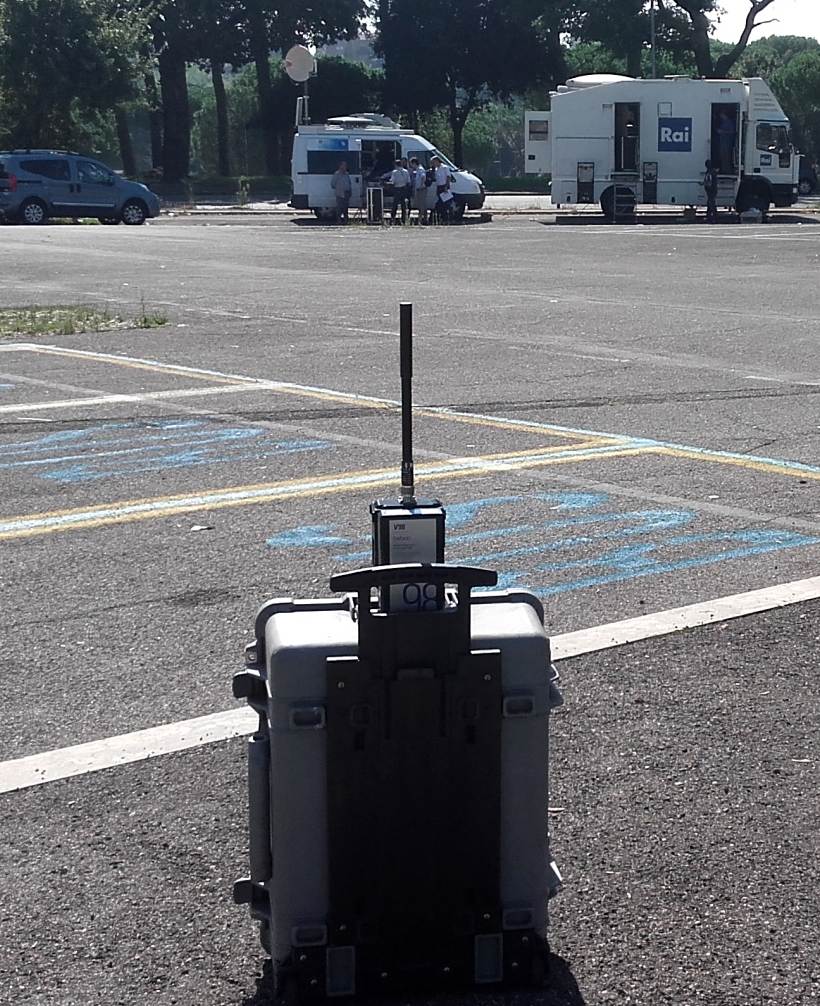 Recently, the Italian the Ministry of Economic Development (MISE) with the collaboration of FUB (Ugo Bordoni Foundation) and the Joint Research Center (JRC) of the European Commission, has launched an LSA experimental project. Under this activity, Rai was invited, as a primary user, to participate in a field trial organized by MISE, in order to confirm the adequacy of existing sharing rules (i.e. those listed in ECC Reports 172 [1]) to provide service protection to the incumbent PMSE equipment (wireless cameras) in a hypothetical scenario of band sharing with LTE systems. In the tests [2,3], carried out in the test-bed of EUR district in Rome, it was meant to assess the impact of LTE co-channel interference on the link quality of a PMSE equipment in the “fringe” area. Moreover, we tried to assess the impact of the presence of the LTE user terminals operating on adjacent channels, at various distances from the PMSE receiver.

The experimentation, however, could not explore the most critical “mobile video link” scenario contemplated in the ECC Report 219 [4], i.e., video shooting by aircraft: this case has not been subject of this experimentation for the difficulties of implementation. Anyway, the test campaign allowed to explore a typical shooting scenario.

The collected data include: levels of received and interfering signals in different configurations, measured C/(N + I) ratio, power spectra of signals and video quality. Although the tests have not contemplated the presence of crowds, typical of televised events, and which constitutes an additional variable impacting the link performance,  it was possible to obtain useful conclusions regarding the coexistence of the PMSE and LTE services, the management of the latter during the events on the same channel and on adjacent channels, and about the validity of the criteria proposed by ECC Rep. 172 document [1].

The cumulative effect of interference when more than one source of interference (LTE Base Station and/or user terminals) are operational should be investigated in a further analysis. 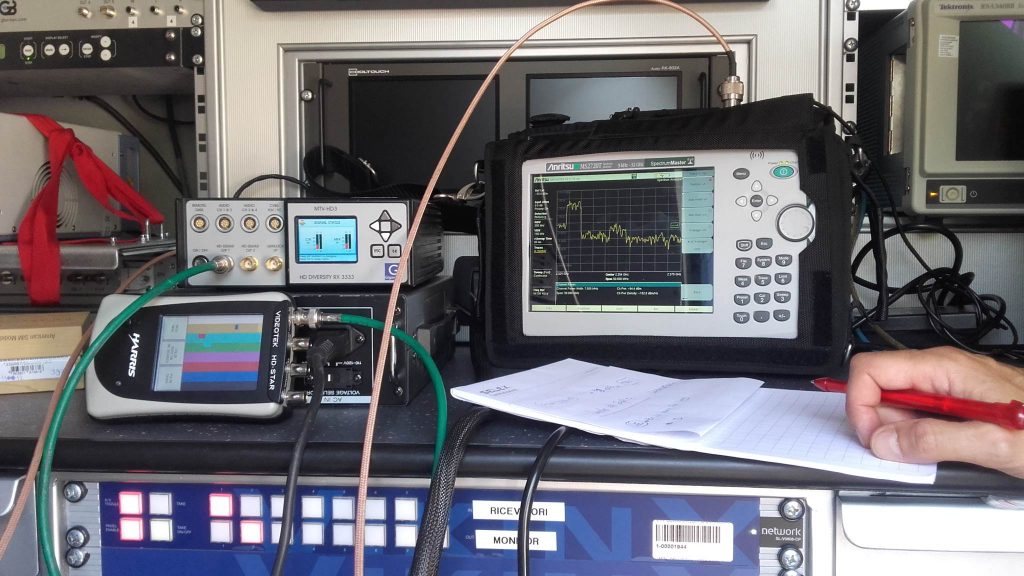 The characterisation of a typical LTE cellphone embedded antenna has been done, in order to enable the simulations of geographic coverage for a terrestrial television service towards mobile terminals.

Experimentation of the coexistence of Radio Link services and LTE in the 3.6-3.7 GHz band

The growing demand for transmission capacity for mobile access has led in recent years public administrations to consider new ways of spectrum management, which include sharing between different services and operators. At the invitation of the Italian Ministry of Economic Development we have participated and contributed to a field experiment aimed at assessing the problems of interference eventually suffered by Fixed Services (Radio Links for TV contribution / distribution) by LTE services in the 3.6-3.7 GHz band.