The use of drones in television production has become a practice for years now. This project aims at studying and experimenting with intelligent multi-drone systems, ie with systems having autonomous decision-making and self-discriminating ability to be used in television productions. The main objectives of the project, counting 8 partners between Universities, Research Centers, Broadcaster and Industries, are to develop the fundamental enabling technologies  in the field of mission planning, integration / interaction with television production processes, vision and artificial classification of images, security and robustness and reliability of communications. 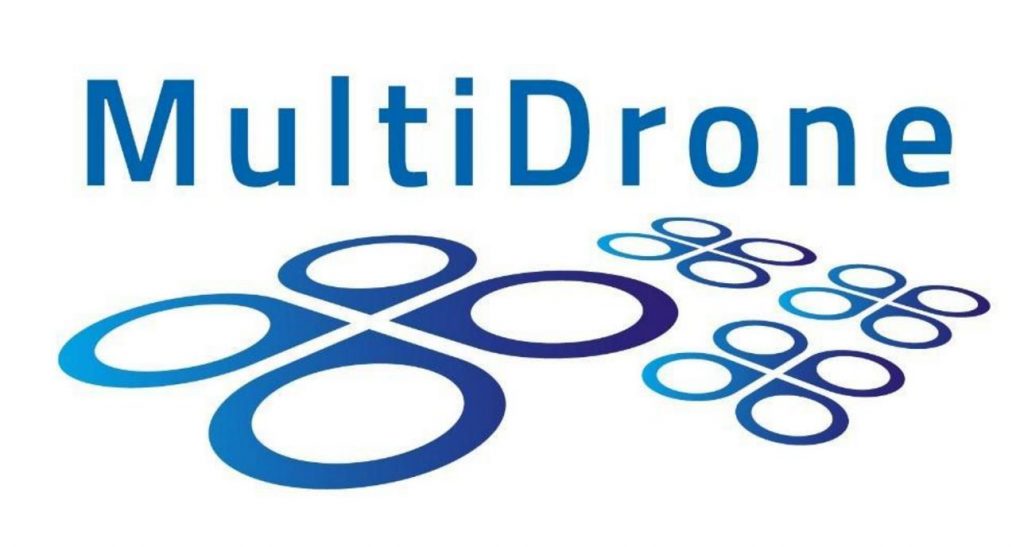 The aim of MULTIDRONE is to develop an innovative intelligent multi-drone team platform for media production to cover outdoor events (e.g., sports) that are typically distributed over large expanses, ranging, for example, from a stadium to an entire city. The drone team, having 4-10 drones, to be managed by the production director and his/her production crew, will have: a) increased multiple drone decisional autonomy, by minimizing production crew load and required interventions, (hence allowing event coverage in the time span of around one hour in an outdoor environment) and b) improved multiple drone robustness and safety mechanisms (e.g., communication robustness/safety, embedded flight regulation compliance, enhanced crowd avoidance and emergency landing mechanisms), enabling it to carry out its mission against errors or crew inaction and to handle emergencies. Such robustness is particularly important, as the drone team will operate close to crowds and/or may face environmental hazards (e.g., wind). Therefore, it must be contextually aware and adaptive, with increased perception of crowds and individual humans. Furthermore, as this multi-actor system will be heterogeneous, consisting of a) drones and b) the production director/crew, critical human-in-the-loop issues will be addressed to avoid decision errors or operator overload, towards maximizing shooting creativity and productivity, while minimizing production costs. The overall multiple drone system will be built to serve identified production (end user, i.e., broadcaster) needs. Namely, its innovative, safe and fast multiple drone audiovisual (AV) shooting will provide novel media production functionalities (e.g., production creativity towards rich media output, global event coverage, adaptation to event dynamics, high reaction speed to unexpected events). Both live (real-time) AV shooting and off-line productions will be considered.