Optical fibres, and in particular Single Mode optical fibres (9/125 µm) [1], are now increasingly popular in telecommunications, due to their extremely high bandwidth (constrained today only by the technological limits of electro-optical converters), their very low attenuation (< 0.25 dB/km at 1550 nm), their complete immunity to electromagnetic interference and their reduced diameter and weight.
For these reasons, optical fibres are playing an increasing role also in trasporting TV content, both for in-building TV signal distribution and for TV consumption from public broadband networks. These networks offers  on-demand services, which are unavailable on traditional  broadcasting networks (terrestrial and satellite).

In this kind of applications, the II and III optical windows are used, corresponding to wavelengths around 1310 and 1550 nm respectively. 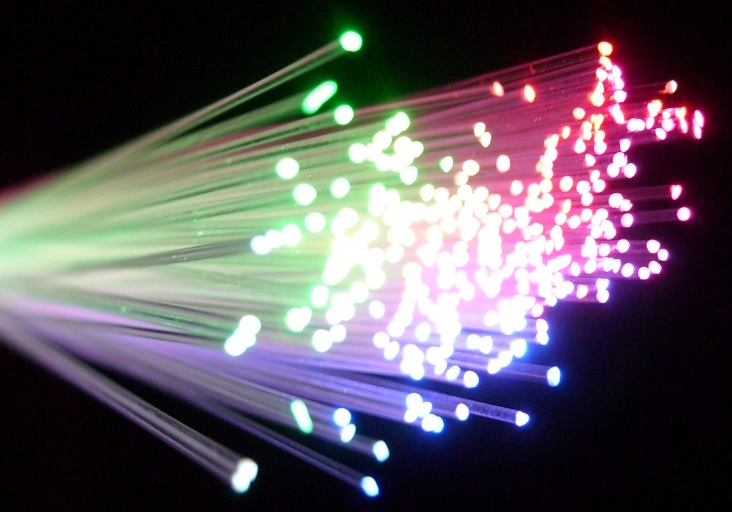 In Italy, Law 164 of November 11th, 2014 [2], which implements the European Directive 2014/61/EU [3], mandates that, since 2017, all new buildings are equipped with a passive multi-service infrastructure, which includes the following elements:

The transmission of terrestrial and satellite TV signals over this kind of building optical networks is done according to “RF over Fibre” technology, with electro-optical conversion of the entire RF spectrum relevant to VHF, UHF and satellite 1st IF frequency bands.
This transmission mode has been studied by CRIT and used by Rai since the early 1990s [5],[6],[7].

FTTH (Fibre To The Home) enabling TV over broadband networks

According to the European Commission’s Digital Agenda [8], the further development and extension in Europe of fast and ultra-fast Internet access is explicitly fostered. In particular, by 2020:

To achieve this goal, overcoming the current bottlenecks relevant to the “last mile” link, optical fibre connections are increasingly moving closer to the end user, up to the FTTH (Fibre to The Home) architecture, where the fibre is terminated at each building.

A number of investments have already started in Italy by some telecom operators to this purpose. Currently, the most adopted technology for the implementation of FTTH infrastructures is GPON (Gigabit Passive Optical Network), based on sharing a fibre among 64 (or 128) terminations according to a TDM (Time Division Multiplexing) frame.

OTT (Over The Top) TV is certainly one of the services expected to benefit most from this infrastructure.
Under the assumption of distributing inside the apartment, in a future perspective,  up to 10 simultaneous programmes, part in HD and part in UHD (including live streaming, personal video recorder and consumption on secondary screens such as tablets and smartphones), it can be estimated that the required throughput for Internet TV services will be within 30-50 Mbit/s per apartment, a value compatible with the minimum goals of the Digital Agenda for Europe and with current GPON technology.

However, the distribution of such a large number of simultaneous video streams through the network will make it necessary to redesign not only the access network, but also the telecom network backbone, e.g., deploying very widespread Content Delivery Networks (CDN) or adopting multicast distribution strategies at least up to the “last mile” link.

A single fibre can carry several services at the same time

The extremely high bandwidth offered by optical fibres can be effectively exploited to simultaneously transmit several unrelated services, by multiplying them on different wavelengths according to WDM (Wavelength Division Multiplexing) techniques. There is no need to take any assumption on the transported signals, which can be either “RF over Fiber” or digitized, transmitted in the same or opposite direction.
The term WDM generally refers to systems based on two wavelengths, at 1310 and 1550 nm. This solution has long been adopted in Rai, to optimize the use of urban fibres [9].
The term CWDM (Coarse WDM) refers to a WDM system with up to 18 wavelengths (between 1270 and 1610 nm) [10]. Finally, with the term DWDM (Dense WDM) refers to a WDM system with an even greater number of wavelengths (up to 160 channels), but it requires more expensive lasers, with high spectral purity and time-controlled stability.
For example, after the relocation of CRIT from Corso Giambone site to the new headquarters in Via Cavalli, Turin, a urban optical link based on a single fibre has been set-up, in order to allow the required connectivity for the experimental needs. The link, about 10 km long, carries 8 different services on the same number of wavelengths in the 3rd optical window, in both directions. This allows considerable cost saving in fibre rental, while the higher cost of the required optical devices with respect to single links can be amortized already during the first year. 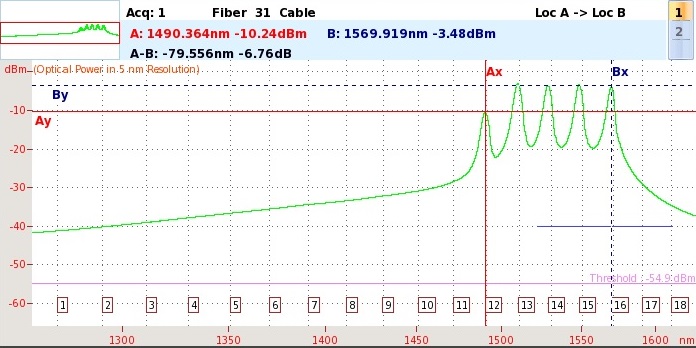 The future DVB-I standard aims to deliver TV programmes over the Internet, so that they can be received and displayed by a variety of connected receivers (TVs, PCs, tablets, smartphones) with the same ease of use as today’s traditional TV programmes received from an antenna.

The new DVB-I services will be discovered by means of an installation procedure functionally equivalent to a frequency scan, and included in a channel list having a Logical Channel Numbering (LCN) harmonised with broadcast services.