On September 25, 2018, the 10th SMPTE seminar on Emerging Technologies was held at the Mediaset TV Production Center in Milan, with the aim of discussing and addressing their development and their introduction into the broadcast world . In particular, the issues dealt with are three: the future use of UHD, the advent of 5G and the new IP technologies.

The use of new UHD, 4K and 8K technologies will allow for a wider range of purposes such as the diffusion on conventional and IT networks, the preservation of video documents, a new development of virtual museums, up to fields such as micro-surgery.

The advent of the 5G, and, therefore, of the fifth generation technologies / standards, will offer a speed increase with reduced latency, also allowing the transport of UHDTV images.

IP technologies, such as “video over IP” (also called “SDI over IP”), will make possible use aimed at the development of production / post-production structures and diffusion.

For the CRITS intervened Eng. Gino Alberico, who illustrated the RAI experimentations of the new advanced television formats during the Athletics Europeans of 2018. RAI, together with four other EBU members and 19 partners, was coordinated to resume, process , record and distribute LIVE UHD content with: HFR (High Frame Rates), HDR (High Dynamic Range) and NGA (Next Generation Audio).

Three types of signals were generated from post-production (HDR and SDR) : The three signals, coded in HEVC and multiplexed, were broadcast live on satellite of the Eurovision network to feed the RAI test-beds in Valle d’Aosta and IRT in Monaco. Through the Eurovision fiber-optic network, they were also sent to the European Championships Broadcast Operations Center (BOC) at the BBC in Glasgow. 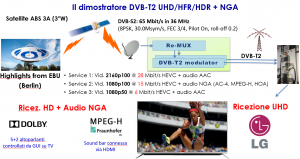 From the experimentation it was possible to state first of all that the shooting at 100fps and 360 ° shutter tend to give a better quality of the “base-layer” at 50fps compared to the 180 ° shutter case. Furthermore, the yield of HDR in shooting situations with a high dynamic range proved to be perfect.

RAI-CRITS, in collaboration with the University of Braunschweig, has created a stand-alone 5G / LTE broadcast network on broadcast towers. The demonstration, in collaboration with EBU, was carried out in the test-bed in Valle d’Aosta made up of a network of 5 transmitters operating in the Single-Frequency-Network (SFN) configuration on the 53-UHF channel (730 MHz). This network is able to host different technologies such as DVB-T2, T2-live and mobile, but, in this case, the broadcast mode defined by the release 14 of the 3Gpp standard (feMBMS) was used.

The 3GPP Rel.14 feMBMS signal is generated at the regional RAI site in Aosta and sent to the transmitting sites through radio link connections with a total capacity (payload) of 5 Mbit / s. The SFN network consists of two transmitters: 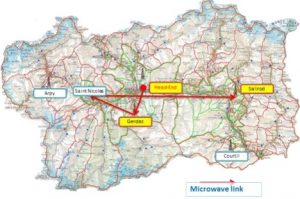 These tests confirmed the operation of the 5G from broadcast towers in SFN mode and the availability of the service with mobile outdoor vehicle reception. In addition, it was possible to test the full operation of the stand-alone broadcast mode, the free-to-air reception (independent of the presence of a SIM in the terminal) and the HEVC decoding on mobile terminals. 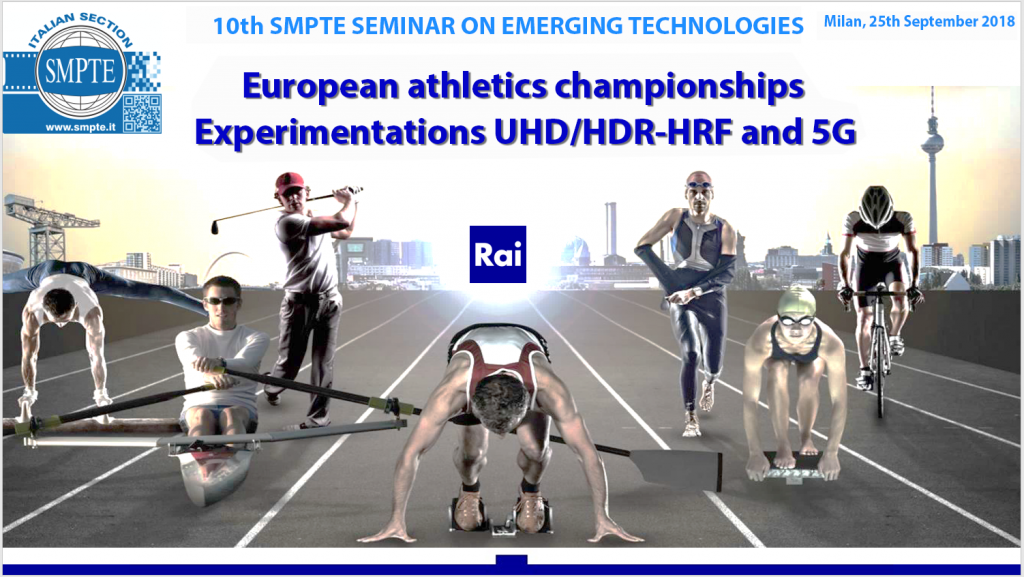