An innovative project aimed at the inclusion of people with disabilities to create a accessible museum path at the Museum of Radio and Television of Turin has presented at Lingotto.
A joint project by the Rai Production Centre of Turin, Centre for Research and Technological Innovation Centre and the Social Secretariat in collaboration with the Politecnico di Torino and medical partner  “Città della Salute e della Scienza”.
“It is devoted to the deaf and blind,” said Maria Bollini, Rai executive manager of Museum of Radio and Television, and is part of an inclusion policy and accessibility that the Turin Culture Council is promoting on all I Museums of the territory ”
An amazing program, as explained by Alberto Morello, Director of Rai Research Centre and Carla Montuschi of the Department of Otorhinolaryngology of the “Città della Salute e della Scienza” of Turin together with Professor Roberto Albera Ordinary of Otorhinolaryngology Department of Surgical Sciences of University of Turin.
The blind will be guided by a mobile device, as tablet: when one of them approaches it is welcomed with a welcome phrase and then describes the content of the teca and the objects present while for the hearing impaired there will be available a virtual actor for the Lis .

For hearing aid or cochlear implant, a magnetic induction transmission system coupled with bluetooth diffusion is intended to be implemented, but “In a rather noisy context, Dr Carla Montuschi explains,” without the facilitation of the message. In this case, people who are carrying cochlear implants also have to use the audio reading. ” 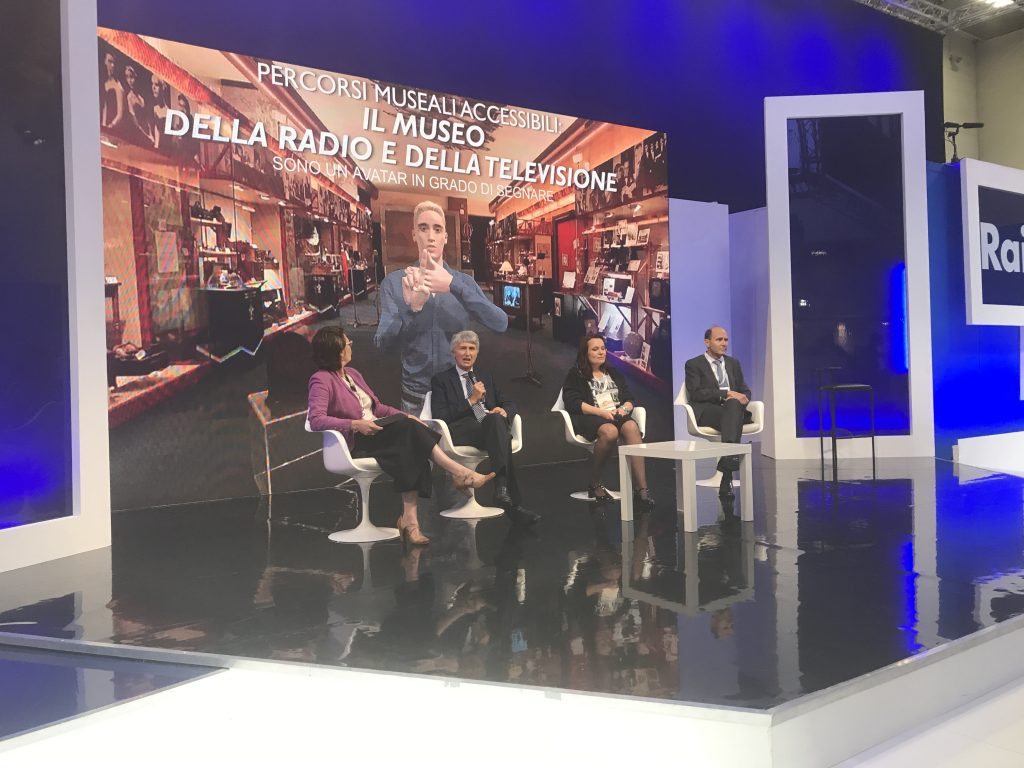