Also at the International Book Fair 2014 of Turin the CRIT brought two demonstrations of technologies can be used directly, and, in fact, used to create cultural products. The stand of the CRIT, which occupied a part of the much larger exhibition area dedicatedto the Rai, housed, in fact, a 3D monitor on which was displayed the theatrical film Miss Julie and some of microphone array systems.

The show Miss Julie by Strindberg was taken to the theater by the company Theatre of Dionysus in the winter of 2012 and summer of that year, the director Felice Cappa oversaw the adaptation in television movie for RAI 5. Shooting were carried out in the Racconigi castle in stereoscopic HDTV format from which you obtained the product (standard definition) broadcast March 15, 2014 on the network RAI 5. from the practical point of view it is noteworthy that to shoot the 80-minute screenplay they are employed only four and a half days and that the multicamera system adopted has allowed the recording of a large amount of shot then used in the assembly phase; the latter phase, moreover, was carried out in the normal mounting the expected time for this type of machining, to show that the 3D production requires a production effort comparable to that of normal current productions. The exposed microphone arrays, available for operating demonstrations, apparatuses are composed of a high number of microphone capsules arranged on different surfaces of the form. On the stand they were visible a spherical array, a cylindrical and a flatbed. By suitably combining the signals from the different capsules it can be made up to seven virtual microphones that can be oriented at will – within the limits imposed by the geometry of the support – and of which you can vary the characteristics of the polar FIG. These configurations may be changed in real time during shooting, for example to follow a moving source, or in postproduction. In both cases, these devices offer ample capacity to adapt to the sound scene shooting minimizing the dimensions of the phonic recovery. 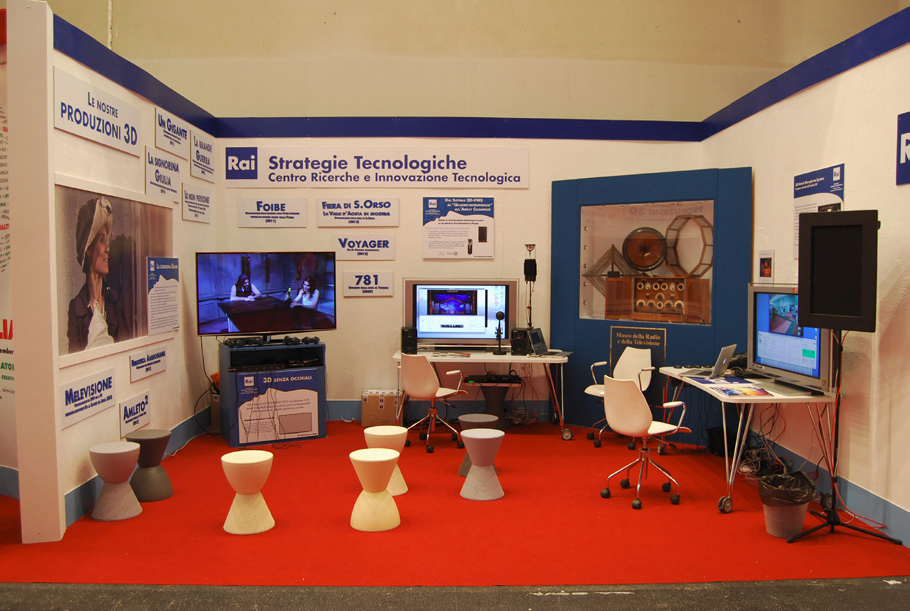