Continuing a long tradition, this year the CRIT was present at the PRIX Italy, the international award promoted by Rai with the participation of the key players of the international radio and TV market, now in its 66th edition. The week of conferences, presentations, screenings and discussions took place in Turin on September 20th to 25th, 2014.

As usual, for this edition of the PRIX it was set up a Technology Showcase, hosted this year at the premises of Studio TV8 of TV Production Centre in Turin in Via Verdi, where the Technological Strategies and CRIT presented to the public a selection of prototypes and demonstrations about the most recent technological developments in the field of TV, Radio and Multimedia. Visitors to this technological space were able to watch on large monitor, a series of television filming sequences in the new UltraHD format with sound improved and, on different types of televisions, filming and copyright movies in 3D format. It was also offered an overview of the interactive services developed by CRIT and intended for Connected-TV: in particular, were shown the application Remote RAI, the portal FIFA 2014, developed at the recent World Championships of Soccer Brazil ’14 and the new RAINews24 portal. At the same time, to emphasize the attention of RAI toward the social and from the services in support of disabilities, it has been proposed to visitors demonstration of a technology solution that, due to a slowdown in the appropriate audiovisual flow, improves the usability of television content by persons with sensory or cognitive disabilities and the elderly. In the area of production and audiovisual archiving it was presented an evolution of the Rai-Newsbook platform, developed by CRIT multimode and personalized news analyzed and cataloged automatically. They were also shown the results of the collaboration between CRIT and direction RAI Boys as part of 3D computer graphics animation program for children exploited in The Gipo stories. Were shown to the public the services available if you use the digital terrestrial distribution of second-generation integrated DVB-T2 standard by Profile called T2-Lite: In this configuration, the same frequency can be transmitted both traditional HDTV services dedicated to the reception fixed and additional services for mobile terminals. As part of the shooting sound, it was presented an evolution of 3D sound system VMS resumption of CRIT. Based on microphone array, the system, thanks to a single probe with 32 microphones and connected via a single cable to a dedicated terminal in audio production, provides up to 7 virtual microphones live and a number of virtual microphones multiple of 7 in post-production. The new functionality demonstrated concern of tracking and zooming capabilities associated with each of the microphones virtuali.collaborazione with Teche Rai. Rai-Newsbook is a system that provides integrated services for the enjoyment As for the radio, CRIT has introduced the new concept of Hybrid-Content Radio. This service allows you to use a broadcast channel and a broadband Internet channel for the transmission of audio content. The personalized content according to the profile of users and their context modify and enrich the linear schedule overlapping with it, improving the overall user experience. E ‘it was also demonstrated the impact of geo-localized content. They were also presented some of the enrichment services for the Digital Radio currently airing across the country: the processable text messages automatically with semantic tags from the receivers (DL +), photographs from the newsroom, messages from listeners and track broadcast information. In the field of cross-media the latest developments were presented related to MesoonTv prototype platform developed by CRIT in collaboration with the University of Turin. MesoonTv is a complex system that allows you to study and exploit the so-called second life of TV content over the Internet, through the cross-analysis of heterogeneous data sources such as TV, social media platforms such as YouTube and social networks such as Twitter and Facebook. 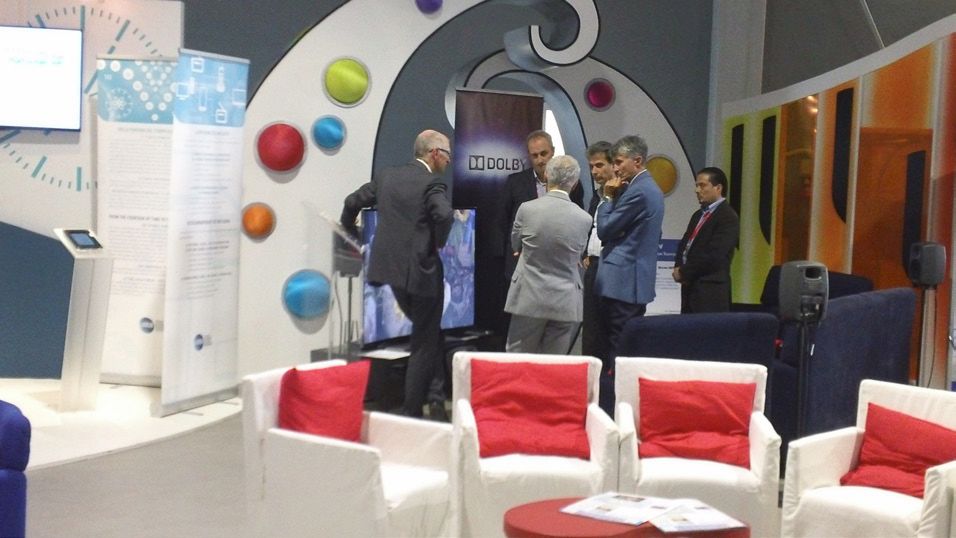